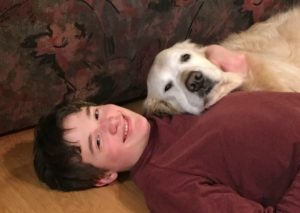 One day in seventh grade, after a particularly intense lightsaber battle, Ross and his friend decided to polish their swordsmanship by trying a fencing class; Ross was hooked. In high school Ross discovered an enthusiasm for academics – matching his passion for fencing. He continued to fence 2 or 3 times a week, even when it got hard (but rarely on Wednesdays, for some reason…), though his studies remained a priority. Fencing is Ross’s ideal sport for many reasons: the simultaneous engagement of mind and body; the intensity of the 5-point bout; watching fencing at the London Olympics; and of course, NWFC, where Ross can just be himself.