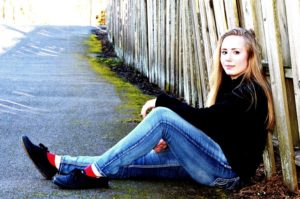 Anna began fencing at 14 in Cody’s homeschool fencing class where she progressed rapidly, eventually becoming an assistant. In January of last year, she started training with the competitive class, enjoying the competition, camaraderie, and hijinks of national tournaments. Beyond the piste, she has attained the highest rank, Cadet Colonel, in Civil Air Patrol, one of only 29 in Oregon history. Anna will be attending and fencing for the United States Air Force Academy starting in June, but is going to miss creating unbreakable bonds with her team during their Target adventures.