Our dedicated coaching staff ensures fencers who train with us are given the best instruction possible in a friendly, challenging environment 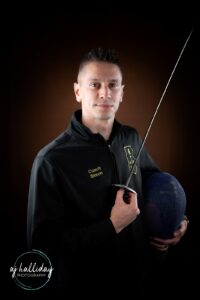 Simon comes from a family with four fencing masters. He has been fencing since he was seven years old and started to coach at 14. He got his first coaching degree when he was 16. In 2006, at 21, he became the youngest fencing master in France. From 2005 to 2008, he coached in Aix-en-Provence, France and in 2009 he joined the NWFC coaching staff.

When he was 17, Simon joined the National Training Center of Aix en Provence. He represented France at several World Cups for three years. Lionel Plumenail was his fencing master. In 2005, he joined Erwann Le Pechoux and Marcel Marcilloux in Aix-en-Provence’s Division 1 Foil Team.

When not fencing, he likes riding his Harley-Davidson motorcycle and he is a very dedicated Star Wars fan. 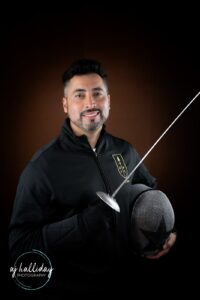 Patricio is an accomplished athlete and fencing coach with 15+ years of coaching experience. Before moving to the US, he was a member of the Chilean National Team for 13 consecutive years. He climbed high in FIE rankings with his best ranking being 26th in the world on the international point standings from 2006-2007. He also earned 3rd place in the Havana World Cup in 2006 and was a South American and Pan-American Champion.

His coaching talent is reflected in his students’ success. He has coached in Chile, California, Virginia, and now Oregon, and his students have earned medals in national and international competitions: South American and Pan American Championships, Regional Youth Circuit, Super Youth Circuit, Regional Junior Cadet Circuit, and more. Patricio has a degree in physical education and received his master’s in fencing coaching, MAÎTRE D’ARMES, from the Royal Spanish Fencing Federation. His creativity contributes new insights and pushes developments to the cutting edge of fencing.

Fun Facts: Patricio really enjoys being one with the water, especially through swimming and scuba diving. He also likes to spend time with family and friends and explore new places. 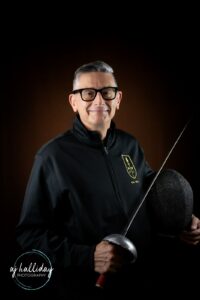 Coach McTigue began his fencing career under the supervision of Hungarian Maestro Csaba Elthes. Later he studied under renowned Russian epee Maestro Albert Chikayev, trainer of multiple world and Olympic champions. He was Michael’s mentor and developed him into a coach as well as a championship winning veteran epee fencer.

Coach McTigue excels at customizing lessons to help fencers build skills and understanding. By teaching his students productive ways to think about fencing their learning continues beyond the lesson into their bouting and workouts. This approach is rewarding for both the recreational and competitive fencer. Michael believes that all fencers should set their goals with the input and support of their coaches and families. This dovetails precisely with the NWFC family approach to developing fencers and the community that we all value so highly. 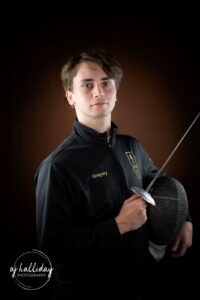 Gregory started fencing at NWFC when he was just five years old! He competed on the European cadet and junior circuits from 2013 to 2017 and began on the international senior circuit in 2015. With 4 top 8 finishes in the national scene, Gregory has made his name as a consistently strong national fencer. He began working as a coach on the East coast before coming back home to Portland and NWFC. Gregory balances training, coaching education, and academic studies in between traveling to fencing competitions.

Gregory is currently pursuing his coaching certification to continue being a part of NWFC in the future. Gregory’s hobbies include fantasy map making, Starcraft II, and reading.

Will Richmond | Epee and Foil Moniteur 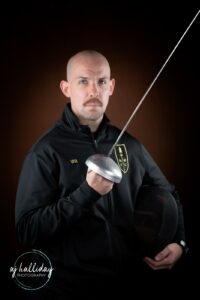 Will Richmond started fencing sabre at SAF (Studio of American Fencing) in 2001, in NE Portland. While in college in Ashland Or, he fenced at Southern Oregon Fencing Center under Maestro John McDougall where he learned foil and epee. Upon returning to Portland, he started taking lessons with the late Maitre Delmar Calvert at Salle Trois Armes in St. Johns. In 2009 he started training at NWFC.
Will has competition experience at the local, regional, and national levels. And spent the bulk of his competitive career as a division 1 epee fencer. He's been working as a coach in various weapons since college and has found teaching to be incredibly rewarding. Will holds coaching accreditation in both foil and epee from the United States Fencing Coaches Association.
You'll find him spending his time off with his wife and daughter and going on long bike rides.
Askhat Tesche 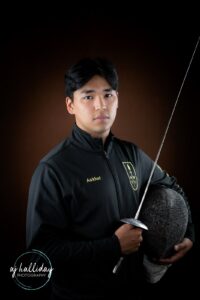 Meet the dedicated staff working beyond the fencing strips to keep the center running smoothly.

Michael McTigue - Temporary Executive Director
The board of directors is pleased to announce Coach Michael McTigue has been appointed our Temporary Executive Director. In addition to his impressive coaching experience, Coach Michael has extensive business experience. As the club moves toward resuming lessons and classes, Michael’s time will be balanced between administrative work and coaching. The board, coaches, and admin staff are grateful for Michael’s willingness to share his expertise.
Lika Vogler - Membership Services 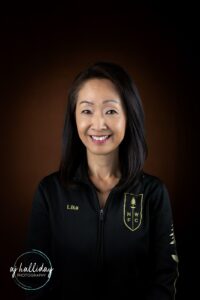 Lika specializes in member accounts and leads the services at the front desk. 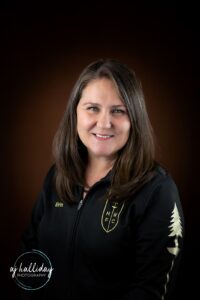