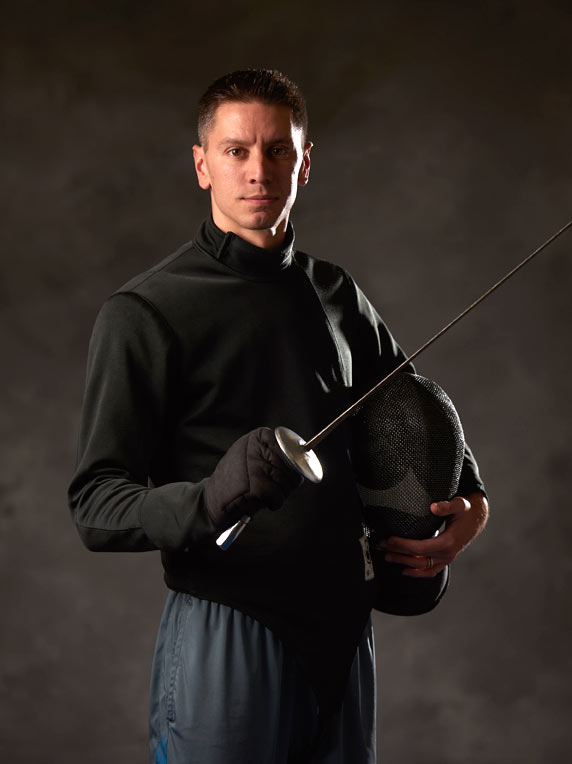 Simon comes from a family with 4 fencing masters. He has been fencing since he was 7 years old and started to coach at 14. He got his first coaching degree when he was 16. In 2006, at 21, he became the youngest fencing master in France. From 2005 to 2008, he coached in Aix-en-Provence, France and in 2009 he joined the NWFC coaching staff.
When he was 17, Simon joined the National Training Center of Aix en Provence. He represented France at several World Cups for 3 years. Lionel Plumenail was his fencing master. In 2005, he joined Erwann Le Pechoux and Marcel Marcilloux in Aix-en-Provence’s Division 1 Foil Team.
In 2009, he joined the NWFC’s Division 1 Foil Team and won the US National Team Championship. In 2011, he joined the NWFC’s Senior Epee Team and won US National Team Championship. When not fencing, he likes riding his Harley-Davidson motorcycle and he is a very dedicated Star Wars fan. 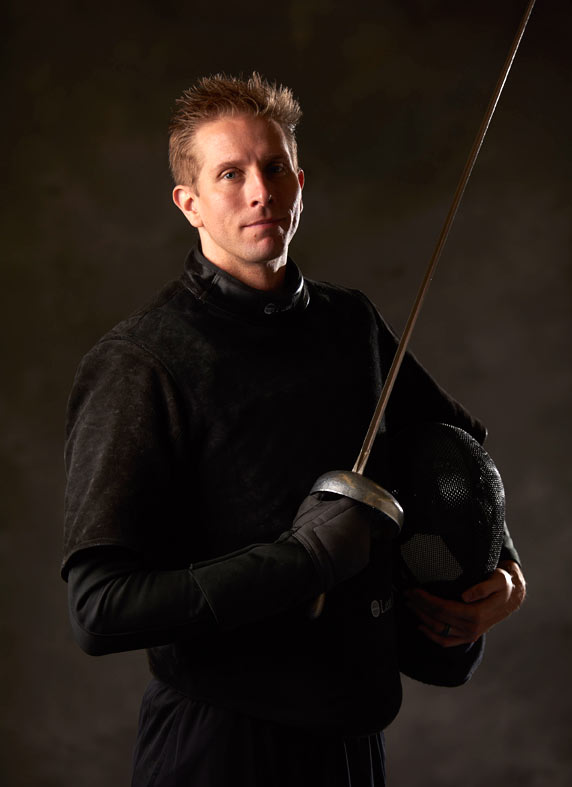 Cody started fencing in 1996 right here at Salle Auriol! He was the US Junior National champion in epee in 1998 and also in 1999. In 2000 he started coaching at the NWFC as an assistant coach and started the homeschool youth program. In 2001 he won the US division 1A and division 1 national championship.
In 2004 he took home the silver at the World Cup Grand Prix, which was the first and still the highest finish at a Grand Prix World Cup. In 2005 Cody joined the Army’s world class athlete program. He was an Olympic fencer at the 2004 Athens and 2008 Beijing Games.
In 2010 Cody was on the US Men’s Epee team that took the silver medal at the Paris World Championships, which was the first Men’s fencing World Championship medal. Then in 2012 was on the Men’s Epee team that won the World Championship in Kiev, the first men’s fencing World Championship title in US history. Cody decided to retire from competitive fencing after the 2012 London Olympics, and coach back here in Beaverton. When he isn’t fencing Cody enjoys origami, cycling, playing his guitar, and Science Fiction. 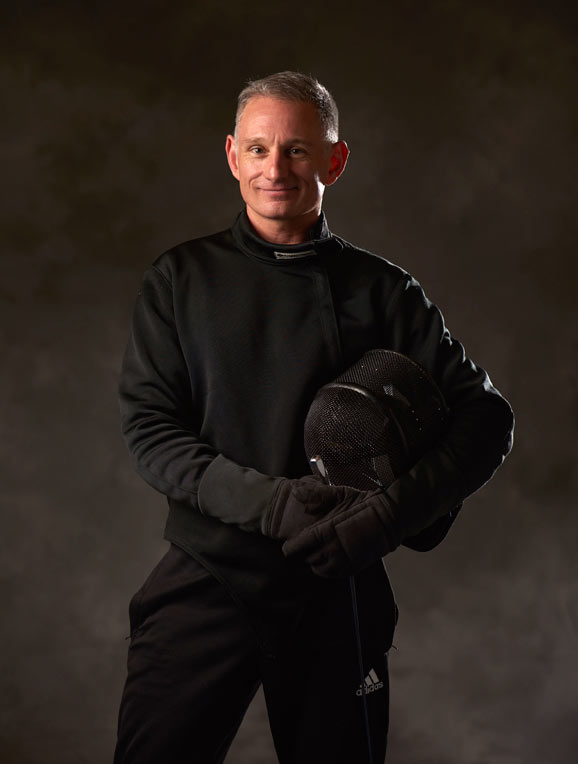 Vincent has been fencing foil and Epee for years. He has coached at Mission High School in San Francisco and he was the founder of the Panhandle Fencing Club (meeting in the panhandle of Golden Gate Park). In 2013 Vince earned Monitor status in Foil. Vince has recently obtained his “Prevot d’arme” Certification. 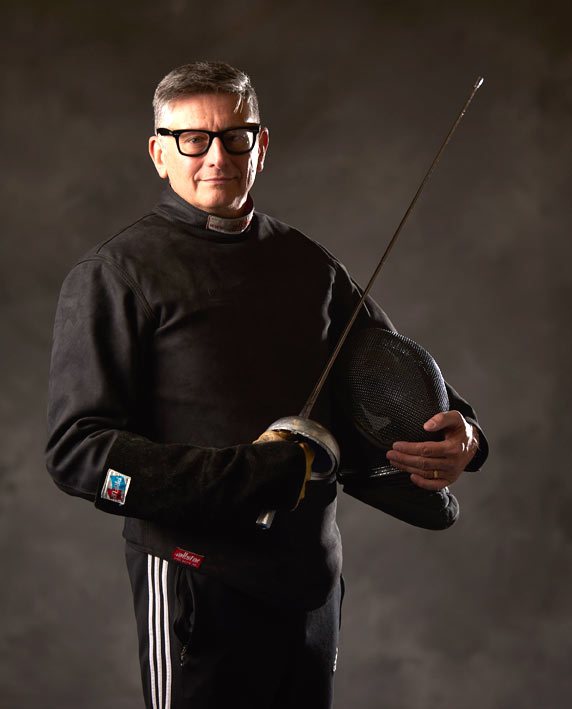 Coach McTigue began his fencing career under the supervision of Hungarian Maestro Csaba Elthes. Later he studied under renowned Russian epee Maestro Albert Chikayev, trainer of multiple world and Olympic champions. He was Michael’s mentor and developed him into a coach as well as a championship winning veteran epee fencer. Coach McTigue was Head Coach of the Montclair High School Fencing Team for 12 years. His boys and girls epee squads won 4 state team championships, 2 individual championships, and his students have gone on to fence in NCAA team competition at Columbia, Yale, Brandeis, Duke, Penn State, Notre Dame and other notable institutions. He was voted High School Fencing Coach of the Year four times and was given the NJSIAA Lifetime Achievement Award for his contributions to New Jersey high school fencing. The former head coach of Lilov Fencing Academy, and Salem Fencing Club is pleased to be making the shift to NWFC.
Coach McTigue excels at customizing lessons to help fencers build skills and understanding. By teaching his students productive ways to think about fencing their learning continues beyond the lesson into their bouting and workouts. This approach is rewarding for both the recreational and competitive fencer. Michael believes that all fencers should set their goals with the input and support of their coaches and families. This dovetails precisely with the NWFC family approach to developing fencers and the community that we all value so highly. 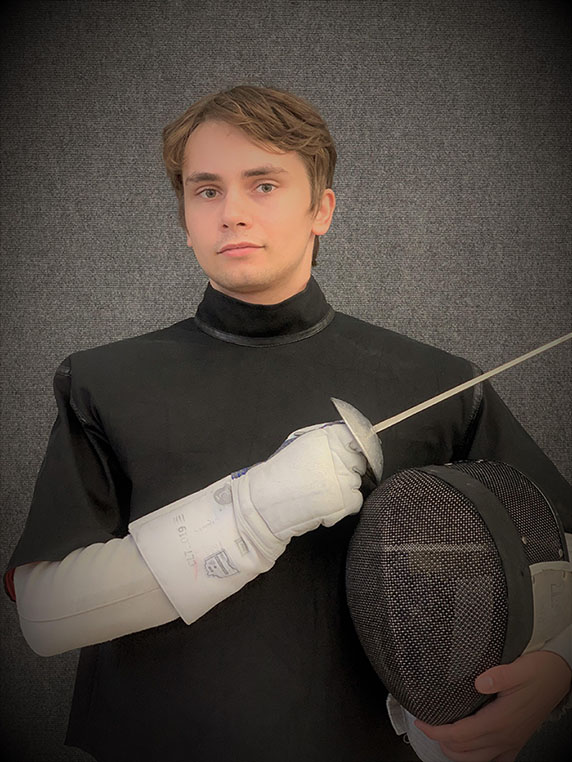 Gregory started fencing at NWFC when he was just five years old! He competed on the European cadet and junior circuits from 2013 to 2017 and began on the international senior circuit in 2015. With 4 top 8 finishes in the national scene, Gregory has made his name as a consistently strong national fencer. He began working as a coach on the East coast before coming back home to Portland and NWFC. Gregory balances training, coaching education, and academic studies in between traveling to fencing competitions.

Gregory is currently pursuing his coaching certification to continue being a part of NWFC in the future. Gregory’s hobbies include fantasy map making, Starcraft II, and reading.